According to physician and patient surveys, around 90% of individuals who make use of Alpha-Stim technology for the purposes of anxiety, depression, pain, and insomnia relief, experience a certain degree of success.

This claim is further validated by more than 95 complete independent researches as well as published reports. A significant number of these studies comprised of randomly controlled trials that gave the assurance of results that were clinically valid and subject to rigorous testing.

For this reason, over 200 Department of Defense professionals and more than 92 Veterans Administration hospitals tend to make use of Alpha-Stim technology with military members. This is for treatment of depression, anxiety, insomnia, and pain that is acute, chronic, and a result of trauma.

Research delving into patients of severe pain symptoms revealed that Alpha-Stim brought about pain reduction of an average of 71% following a mere 5 treatments.1 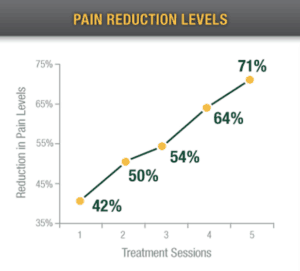 A study centered on post-traumatic pain found that 56% of patients at the 3 month mark and 85% of them at the 6 month mark displayed degrees of satisfaction with the device between somewhat and very satisfied.2 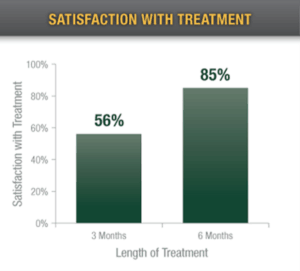 Patients who experience chronic pain and used Alpha-Stim disclosed that there was enhanced functionality, particularly in comparison to usual care and sham groups.3 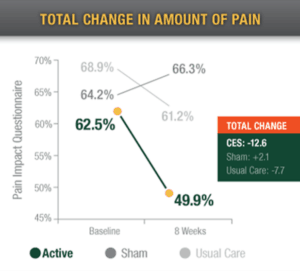 Out of the participants in the active Alpha-Stim CES group, 83% reported a reduction in anxiety of ≥ 50% on the HAM-A from the baseline level all the way to the end of the study.4

Users of Alpha-Stim indicated an 82% decrease in their depression.4 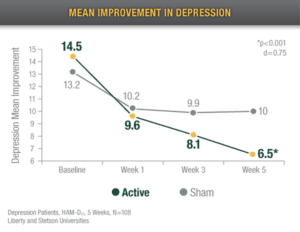 Following a treatment of 6 weeks, recipients noted a 42.8% improvement.8 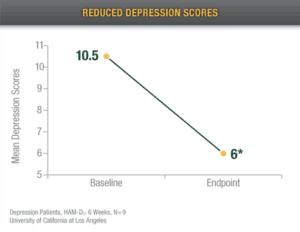 Those who were recipients of Alpha-Stim CES, were shown to demonstrate an increase in sleep time. This involved an increment of a total of 43 minutes following five treatments. 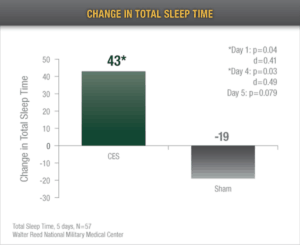 However, it is worth noting that the reduction of insomnia tends to vary quite a bit, wherein some individuals will experience an improvement in sleep time on an immediate basis while others will take weeks to notice any changes.

Alpha-Stim CES also showed a marked reduction in sleep disturbance, where the 8-week study was concluded with scores that fell below the insomnia range.7 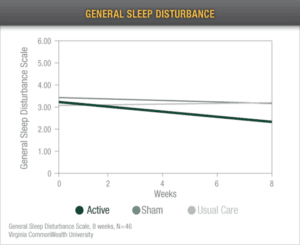 With the use of 95 research studies, ongoing research, patient and physician surveys, and published reports, it’s safe to say that Alpha-Stim has sufficiently proven its safety.

Those healthcare professionals who have made use of Alpha-Stim technology for the purposes of insomnia, anxiety, depression, and pain treatment only serve to reinforce the fact that it is quite the safe device.

There are only two minor side effects notable enough to be reported over the course of thirty years of research that involve the participation of 8,800 people. These include headaches (0.10%), as well as irritated skin at the site of electrodes (0.07%, specific to people who are light-skinned). 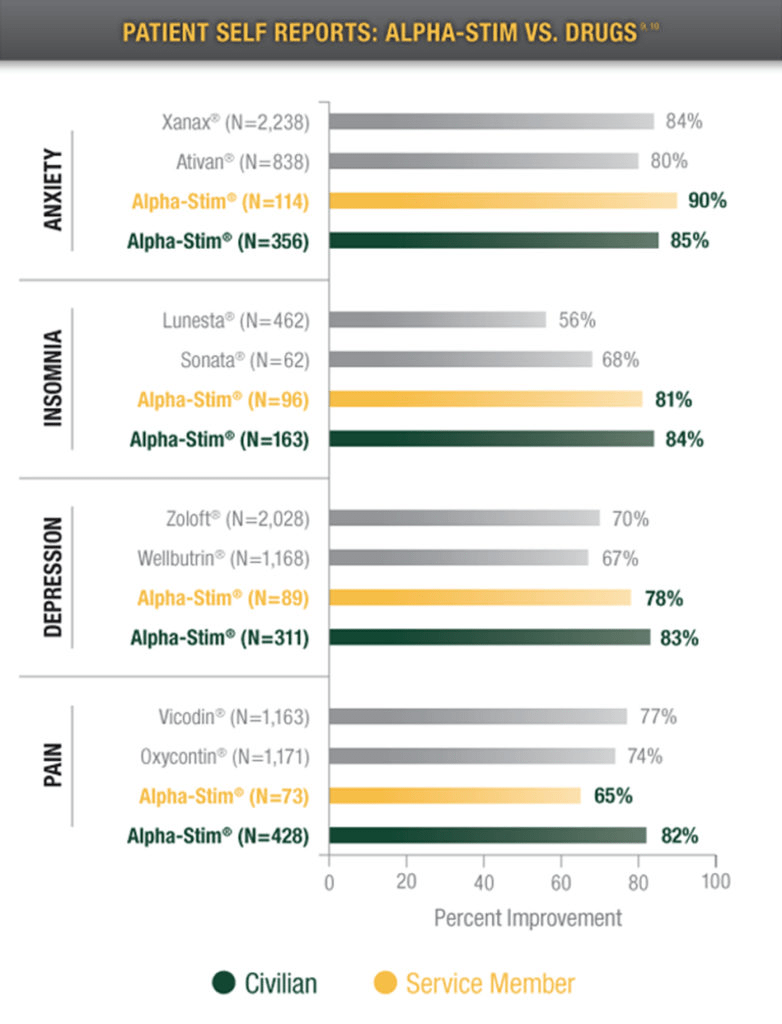